Upsilon Consulting is chartered accountants firm. Who are we ?

First of all, note that the exchange and transfer of a foreign currency is regulated in Morocco by the Foreign Exchange Office. Residents, both natural and legal persons, do not have the freedom to transfer their funds in foreign currency outside Morocco.

This regime guarantees full convertibility of foreign investments. It is a derogatory regime to the general regime of exchange control.

Foreign investment regime in Morocco – the possibility of repatriating income

General principle of the foreign exchange control in Morocco

Morocco has a regulated foreign exchange regime, governed by the Exchange Office which states that: 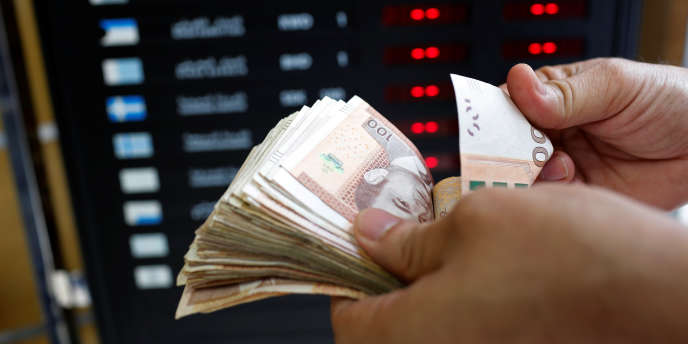 For instance, a Moroccan citizen is only allowed to spend the equivalent of 45,000 dirhams on leisure travel per year, per household member. Another example would be foreign suppliers payments: these must be justified by a real import, customs’ documents or a contract.

This rule does not apply to foreigners and non-residents

However, foreigners (both residents et non-residents), as well as non-resident Moroccans, benefit from specific measures allowing them more flexibility. These flexibilities concern in particular:

Foreign residence provides certain advantages that we will detail in terms of the expected income’s nature. For example, a Moroccan resident abroad has, as per the general instruction of foreign exchange operations, the right to make Foreign Investments in Morocco (I.E.M. : Investissement Etranger au Maroc). It is also valid for foreigners whether they are residents or not.

Keep in mind that when you reside in Morocco, as defined by the exchange regulations, a dual national with a Moroccan nationality is regarded solely as Moroccan. As such, he loses the benefits of the derogatory regimes when he settles in Morocco.

The Article 155 of the General Instruction of the Foreign Exchange Office (I.G.O.C. : Instruction Générale de l’Office des Changes) defines the regime of Foreign Investment in Morocco (I.E.M) and states its advantages in comparison to the general exchange control regime.

To benefit from this regime, three criteria must be met:

Only the following can benefit from this regime :

Investments under this regime must be financed in foreign currency. The Article 156 of the I.G.O.C. gives more details on the financing modalities, namely:

The I.G.O.C. provides for the following possible forms of investment:

Failure to meet any one of the three criteria is sufficient to lose the benefits of the regime.

Therefore, this regime holds a major advantage because it allows investors, according to the provisions of the same article, to benefit from a free and total convertibility regime. It ensures that the concerned investors have the freedom to:

The advantages provided by this regime are transferable to non-resident beneficiaries as part of the inheritance of a foreigner or a Moroccan residing abroad.

Under the provisions of the Article 13 of the I.G.O.C., banks must provide their clients with all the supporting documents proving transactions made in foreign currency.

A key document in an investment operation is the “Formule 2”.

Banks must provide their clients with “Formule 2”. This document proves the reception of a fund transfer in currency (F2: Forex purchases from customers)

Moreover, every bank must provide their clients with all of the necessary documents to prove an investment. (debit note, credit note…)

In order to protect the convertibility regime, it is useful to send to the foreign exchange office, a dossier for the constitution of a foreign investment (I.E.M) which includes, in addition to the supporting documents, the regulatory statistical reports and a request for validation of the dossier. Following the submission of this dossier, the foreign exchange office confirms, in a written letter, the benefit of free convertibility.

What about Foreign Investments that don’t meet these criteria ?

If the profits of the liquidation or disposal of an investment do not benefit from the convertibility regime, and after justification of the payment of taxes and any other charges due, banks may treat said profits in one of the following ways:

In addition, non-resident foreign persons may open “convertible term accounts”. These accounts receive funds in dirhams held in Morocco by such persons.

What is it about ?

Cash in “convertible term accounts” gives the right to a delayed transfer. Indeed, the transfer is spread over a four-year period, in the form of four equal annual installments of 25% each.

The first annual instalment occurs within one year. This period starts running as of the date the funds are credited to the said accounts. The remaining three annual instalments are paid on each anniversary date of these funds’ transfer.

Once the retention period has expired, the beneficiary can transfer the matured annuities freely.

In conclusion, one must respect the exchange procedure when making an investment. Always seek advice from your accountant, bank or notary.

Start a branch in Morocco